And just like that, with this morning’s assembly beautifully led by the Class of 2020, the 2019-2020 school year has officially started.


We transitioned from summer to fall accompanied by our strings ensemble under Dr. Glennon’s direction. They played Puccini’s O Mio Babbiono Caro.


After the Pledge of Allegiance and the Star Spangled Banner, the members of the Class 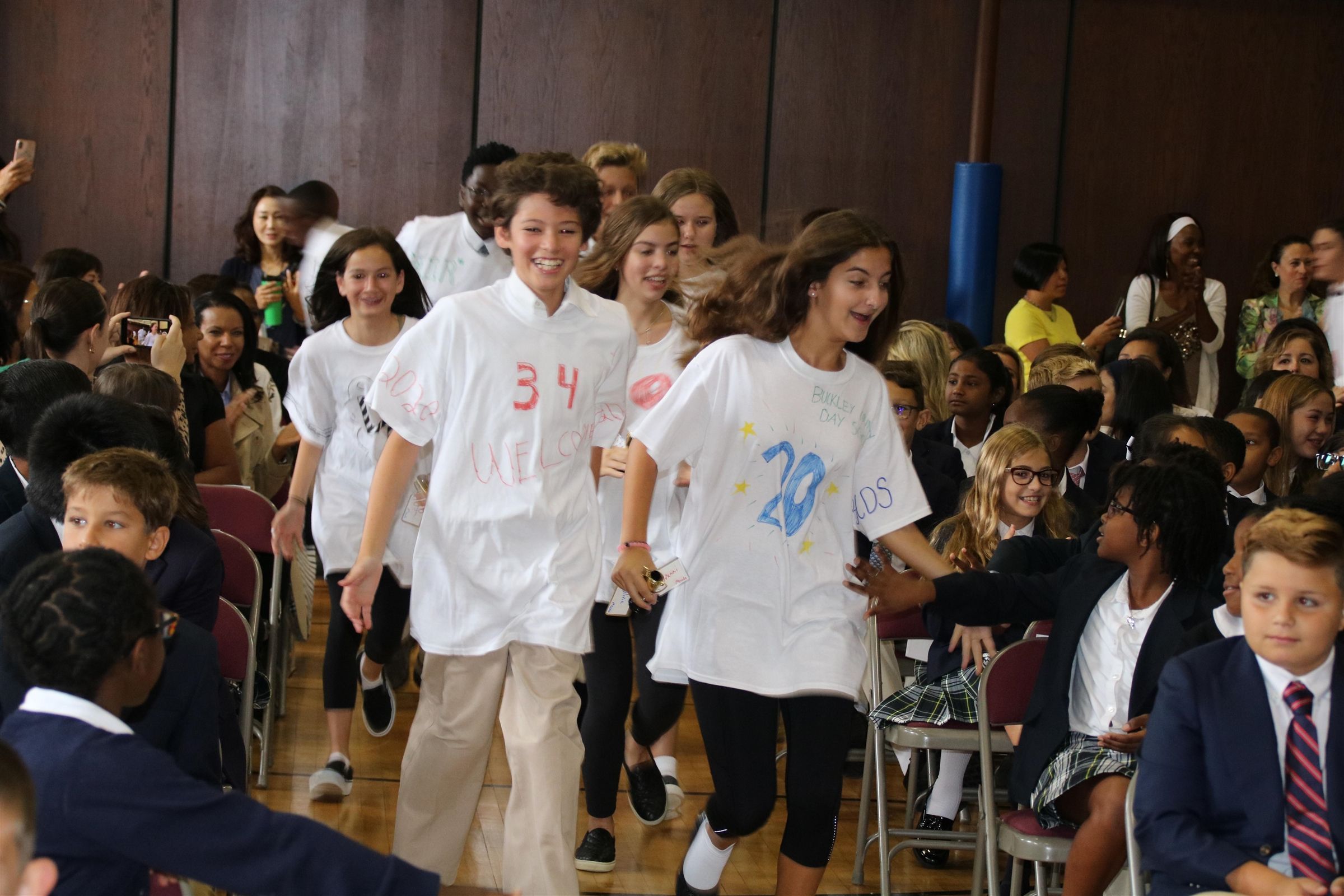 of 2020 made a grand entrance to the sound of The Script’s Hall of Fame, their kick-off theme.
Student Council Co-Presidents Ava Nappiand Matthew Iorio delivered the following opening speech, at the end of which all the new students in grades 1-6 and Mr. Klaus, our new 7th and 8th grade U.S. history teacher,  were formally inducted into the Buckley Hall of Fame:
We are extremely excited this morning to welcome you to the Buckley Hall of Fame!! 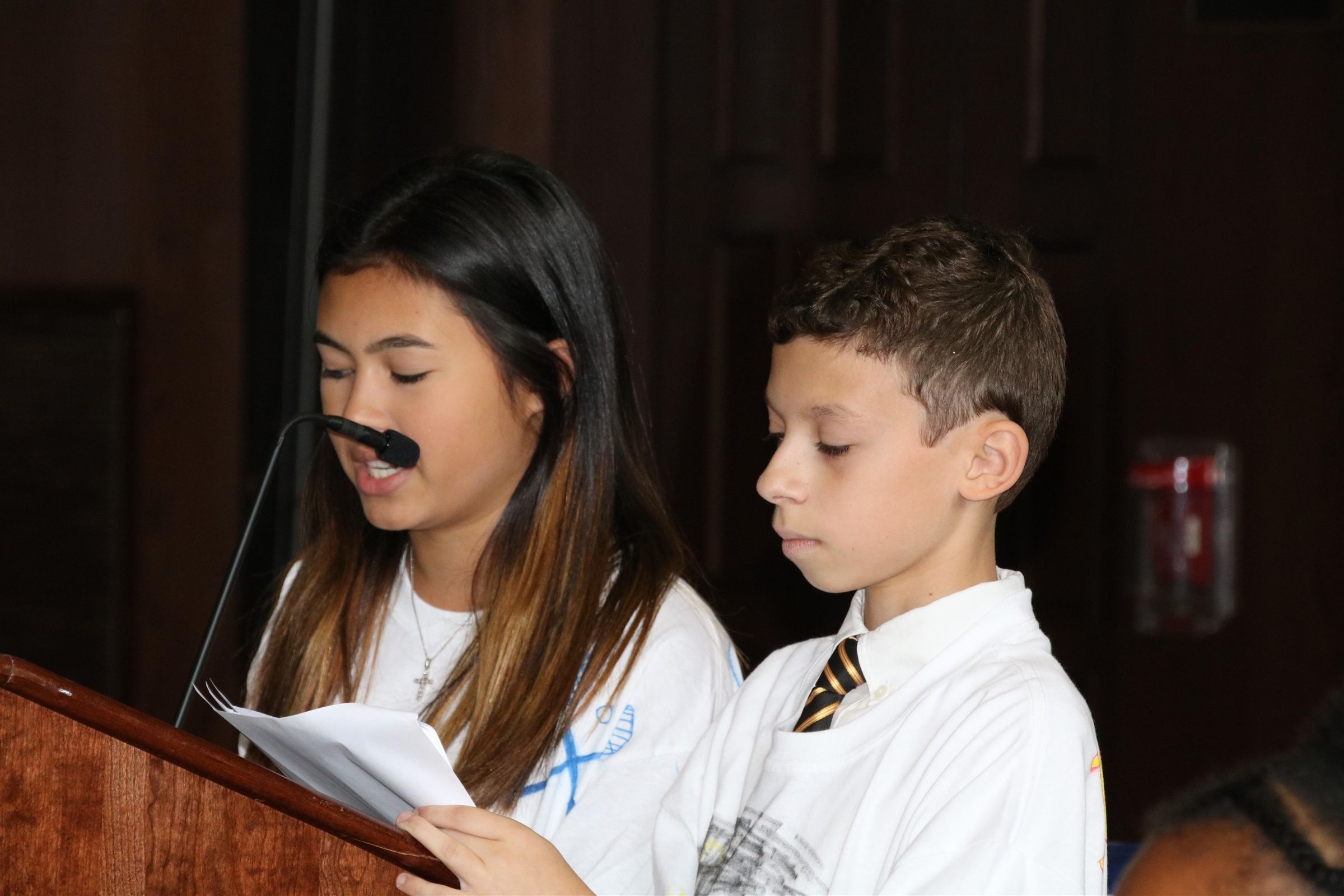 A Hall of Fame is where heroes are celebrated and where champions are crowned. All of us 8th graders in front of the assembly -- and all of you academic athletes here in the audience -- are champions. You are all heroes.

We are especially happy to welcome the new students to Buckley, who have just arrived, into our Hall of Fame!

Each of you will be playing a special role in your grade level teams this year. You will each be playing your part and will be making an effort for your teams. It takes a lot of teamwork and determination to make it into the Hall of Fame, which all of you have shown.

The Buckley Hall of Fame is very proud to honor sportsmanship. Sportsmanship means that you follow Buckley’s values of kindness and friendship. It means that you help each other out and you play with integrity.

At Buckley, even though we want to succeed and achieve greatness, we also want to compete with a positive attitude and an inner sense of character.

Together, as one Buckley team, we know that we will have a magnificent school year ahead. And if we ever stumble or struggle this year, our Buckley teammates will reach out and give us a hand and help us on our way.
That’s what true winners do. They work together for a common glory and a sense of joy in the group’s achievement.

Finally, we would like to leave you with a thought from Michael Jordan, who is often considered the greatest basketball player of all time.
Michael Jordan said:

It is okay to try hard and make mistakes and not succeed in your first attempt. The fact that you are learning and growing and doing your best is what counts the most.

Welcome to all of our new members of Buckley’s Hall of Fame!

We are extremely excited that you are a part of our community. We can’t wait for a thrilling and successful year ahead! Thank you very much, and here’s to a great school year!


After we all offered a huge round of applause to congratulate Mr. Hall on his appointment as Head of Upper School,  I shared the following comments with our students:


Before we officially kick off the new year, Buckley's 97th year, I’d like to share with you a few ideas I have been thinking about this summer; ideas that I would like you to think about as well, as we all get a fresh start at the beginning of a new school year. 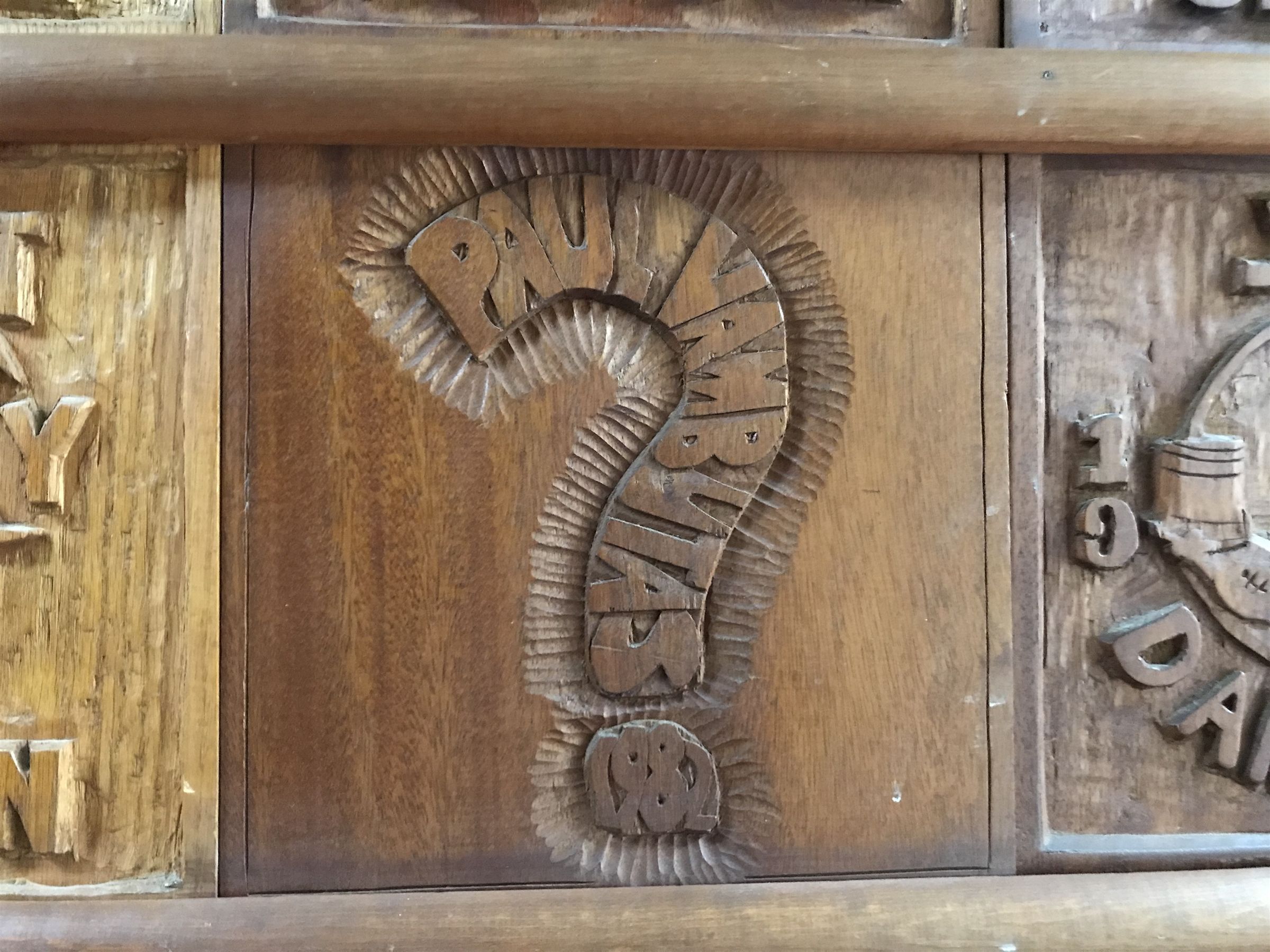 hundreds of wooden plaques hanging on the walls, trying to figure out what the stories of the students who carved them might have been, one in particular caught my attention. The plaque was carved by a student who graduated in 1982. His name is Paul Vambutas and his son, Casey, is now a student at Buckley in the 4th grade. All there is on his plaque is a question mark. I asked Mr. Vambutas if he had carved a question mark because he didn’t know what else to carve. “No,” he said, “not at all. I carved a question mark because Buckley is where I learned how to question things, how to ask hard questions and not be afraid to ask them.”


We all get a lot of text messages and emails, and I am sure you have noticed how hard it is now to send a text message and not use exclamation points to emphasize our emotions. Should I use 2 or 3? What are they going to think if I only use one? That was great. Or, that was great!!!!


So the first thing I wanted you to think about is “let’s use more question marks than exclamations points this year, and like Mr. Vambutas in 1982, let’s make sure we ask hard questions, lots and lots of hard questions.


The second thing I want to tell you about is this email I received from another head of school this summer. He was complaining about the fact that he kept interviewing people who use “like” all the times, as a filler, as in, like, when you don’t know, like, what else to say. The problem with using “like” every other word is not just that it doesn’t sound good; it’s that it sounds like you don’t really believe what you’re saying; that you’re lacking conviction; that’s you’re not speaking your truth.


So, how about this year we speak up, speak clearly, speak our truth, and speak with conviction.


Finally, my favorite subject was always history when I was your age. I have to admit 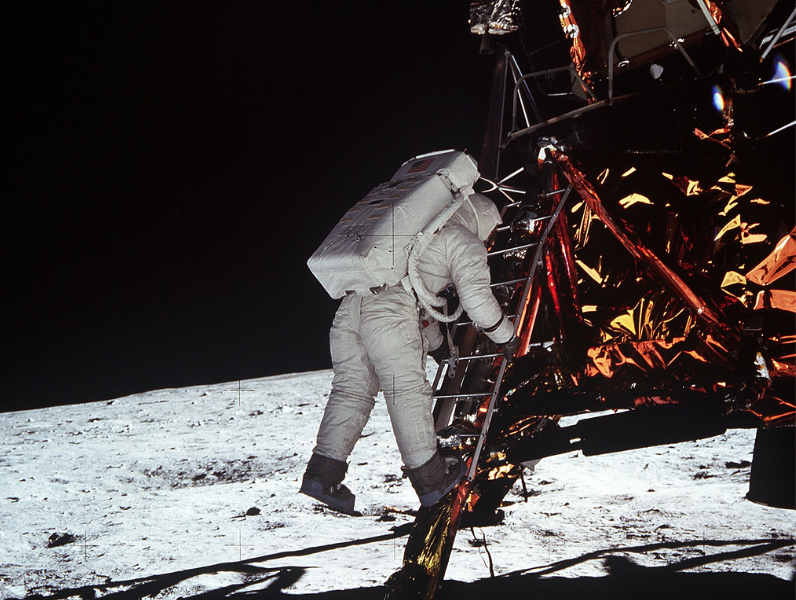 that I can get a little obsessed with current events sometimes. This summer I was incredibly excited about the fact that 2019 marked the fiftieth anniversary of the first landing on the moon, partly because I am old enough to remember it. In fact, I remember sitting in front of our television set next to my grandparents who kept repeating that it was probably fake. How could anyone walk on the moon?  Well, of course, it did happen, and it was a huge thing. In fact, President Kennedy gave a famous speech to get the country focused on going to the moon. The speech is called “We Choose to Go to The Moon.” Essentially he said, “We choose to go to the moon not because it is easy, but because it is hard.”


For me, it is still a great example of the amazing things we can accomplish if we have a strong vision for the goals we want to reach and if we work together (It took the collaborative effort of thousands of people for us to land on the moon).  So, we all have goals and dreams, maybe not going to the moon, but goals that we choose because they’re hard, not easy. And I think that if we keep our eyes on the prize and work together, we can achieve those goals and dreams.We did land on the moon 50 years ago, didn’t we.


This year, let’s focus on being curious and asking hard questions, speaking up and speaking with conviction, and making our dreams as big as landing on the moon.


With that in mind, let’s declare the 2019-2020 school year officially open and let’s have a great year together (3 exclamations points).
Please click here to view pictures of our opening assembly.
Have a great weekend.
Dr. Juhel